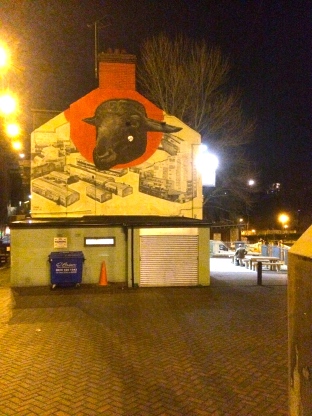 Every time we Gurus go to a gig at The Cluny (Ouseburn Valley, Newcastle), we pass this pub named The Ship, and Beryl always says “I wonder why it’s called ‘The Ship’, and not ‘The Sheep’???”

We were listening to a Christmas CD in Guru today, and Mario Lanza was singing Santo Natale, and Col said, “Shouldn’t that be Santa Claus?”

Beryl just put her reading glasses on – upside down!

Beryl tried to text okidoki to a friend, and her phone changed it to ok idiot!

This predictive text malarkey could land you in deep sh*t…

Lady in Guru asked if we still had a pack of a certain penguin Christmas card. Beryl looked for her, but the ones she found were not the ones she wanted. Then Tony found her a different pack, but they didn’t suit either, but instead of putting it back where he found it, he just dropped it at Beryl’s feet for her to pick up. “Oi, why did you do that?” Beryl asked. He cheekily replied “‘cos I thought you might like to ‘p-p-p-pick up a penguin”!!!

It was quiet in the town yesterday, and Beryl remarked to a friend that Guru’s Tony was “tearing his hair out”, then as an afterthought added “oh, but he didn’t have any hair to start with”!!! 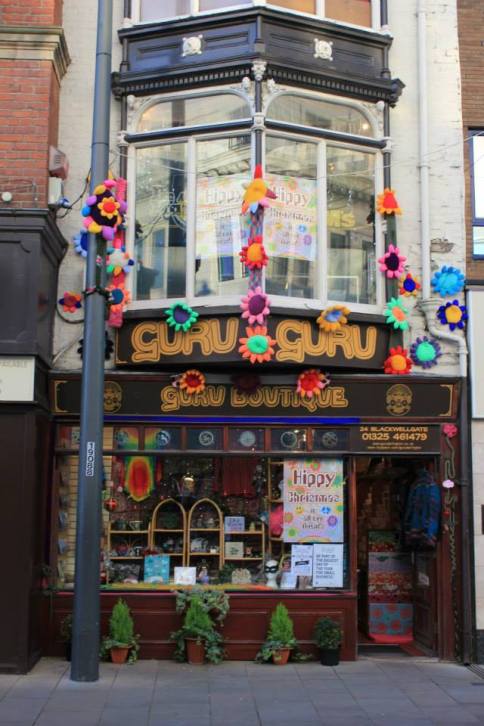 Thanks to our talented friend Helen (of Helen Templeton Photography), for posting this happy reminder of what our shop looked like at this time last year, after the hippy knitting fairies had visited us during the night!!!